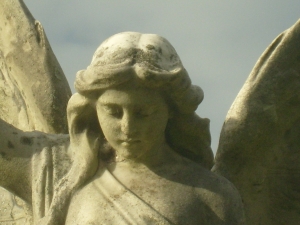 I attended a presentation today pertaining to a landmark lawsuit case against CACI, a private U.S. contractor which systematically tortured Iraqis in Abu Ghraib. The lawsuit was filed by four Iraqis who say they suffered abusive and degrading treatment at the Abu Ghraib prison. The men were all released – one after four years – without ever being charged. These men were professionals, like a math teacher, a live stock trader, a construction worker and a journalist.

The military was largely protected from the suit, but not so with CACI. Earlier in the year, a $5-million settlement involving 71 detainees were reported. In March, Arlington-based CACI wanted a federal judge to toss out the case because they said CACI employees never even came in contact with the plaintiffs, much less abused them. The judge didn’t buy that, so someone – no one knows who – came up with a brilliant idea. Stop the Iraqi men suing CACI from coming to the United States.

Three of the four men (one is already in the United States) had their boarding passes on hand when they were pulled out of the line boarding the plane. Their passports were taken away from them and they have not been able to travel to the U.S. since. Whether or not they will be able to attend the trial determined to be in June is still to be seen. CACI has argued against a video deposition and request that their cases be dismissed because of their inability to come.

There are over 3,000 additional photos of the Abu Ghraib torture which Congress will not release because they are so graphic and for fear of what will happen to US soldiers overseas. Some of these photos include a father and son lying naked on top of each other and various rapes of detainees, including young boys.

The point is this – the selfish, careless and heartless decisions of our leaders will continue to haunt us for decades to come, whether we like it or not. It’s not as evident in American television. Just subscribe to Al Jazeera and you’ll know what I’m talking about.