Conversation Between Saddam and Glaspie about US Media 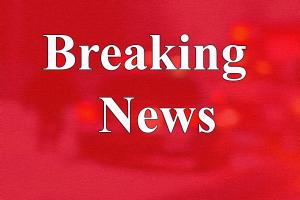 APRIL GLASPIE: I have a direct instruction from the President to seek better relations with Iraq.

HUSSEIN: But how? We too have this desire. But matters are running contrary to this desire.

GLASPIE: This is less likely to happen the more we talk. For example, you mentioned the issue of the article published by the American Information Agency and that was sad. And a formal apology was presented.

HUSSEIN: Your stance is generous. We are Arabs. It is enough for us that someone says, “I am sorry. I made a mistake.” Then we carry on. But the media campaign continued. And it is full of stories. If the stories were true, no one would get upset. But we understand from its continuation that there is a determination.

GLASPIE: I saw the Diane Sawyer program on ABC. And what happened in that program was cheap and unjust. And this is a real picture of what happens in the American media — even to American politicians themselves. These are the methods the Western media employs. I am pleased that you add your voice to the diplomats who stand up to the media. Because your appearance in the media, even for five minutes, would help us to make the American people understand Iraq. This would increase mutual understanding. If the American President had control of the media, his job would be much easier.