Wise Words from a Republican 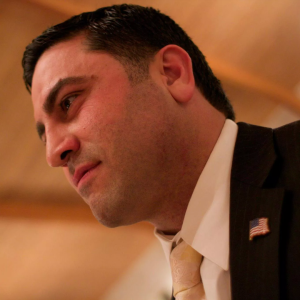 “We created ISIS, and we need to destroy ISIS,” said George Brikho. “ISIS is funded by Turkey and Saudi Arabia, our supposed allies.”

These words by a Republican running for Congress in 2014 caught my interest in an event I recently covered. Unlike most Republicans, what Brikho said was honest, bold and heartfelt, not staged. He is obviously not afraid to look at the root of ISIS’ formation, which he blames on our foreign policy as well as the current and past administrations.

“Today’s Republicans are not behaving like Republicans,” he said. “Today it’s all about the money changers. Wars are being made for profit. Corporations are directing politicians. It’s no longer about liberation for the people.”

His solution is simple – stop getting involved with other countries and going to war, because the more war we get into, the more debt we have.

“Saddam and Kaddafi wanted to sell their oil their way through OPEC,” he said. “It’s like you have a store or any another business. You have the right to set the prices and do business the way you want.”

Saudi Arabia is the leader of OPEC. It is also the only member of the OPEC cartel that does not have an allotted production quota. Oil can be bought from OPEC only if you have dollars. In November 2000, Iraq began selling its oil in euros. When OPEC oil could be sold in other currencies, like the euro, that’s not too good for the U.S. economic dominance.

“Leaders of other countries were not happy about what Saddam and Kaddafi were doing and wanted things to be done the way they wanted them to be done,” said Brikho. “So they went in and polarized that nation into submission. Then the federal banking comes in, and the new leaders are given money to rebuild, and in order to be able to give this money back, those countries, who never taxed their citizens before, start taxing their people the way we do.”

I wondered why this Republican was not talking like most Republicans. What was so different about him?

“I’m a statesman, not a politician,” he said. “I’m a concerned American, and I work for the people. I am willing to expose anyone whose allegiance is to money and not the people.”

The Constitution of the United States of America is the most intelligently crafted governing document in the history of mankind. The US Constitution protects personal liberty by limiting the power of our government. Unfortunately, our government violates its boundaries on a daily basis. Our federal government must be restrained.

One wonders why the people have given their powers away.

“We have become too comfortable, to where unconsciously we’re allowing for things that don’t benefit us to happen,” he said. “For instance, a third of our paycheck goes to our government. This is modern day enslavement. You don’t need a cage to be a slave.”

I also found an interesting article by Mike North who wrote that the founders of this nation were not politicians, but were statesmen, adding, “We are suffering from a drought of statesmen and a flood of politicians. It’s like a diet full of calories with almost no nutrition. Statesmen are like vegetables. Many people don’t like them, but they’re good for you. Politicians are like too much ice cream. Yummy, I’ll worry about the stomach ache later.”

I feel we should be grateful that George Brikho is helping our country fill this drought, and do, what I think is so crucial for our nation to do, which is to become politically fit.